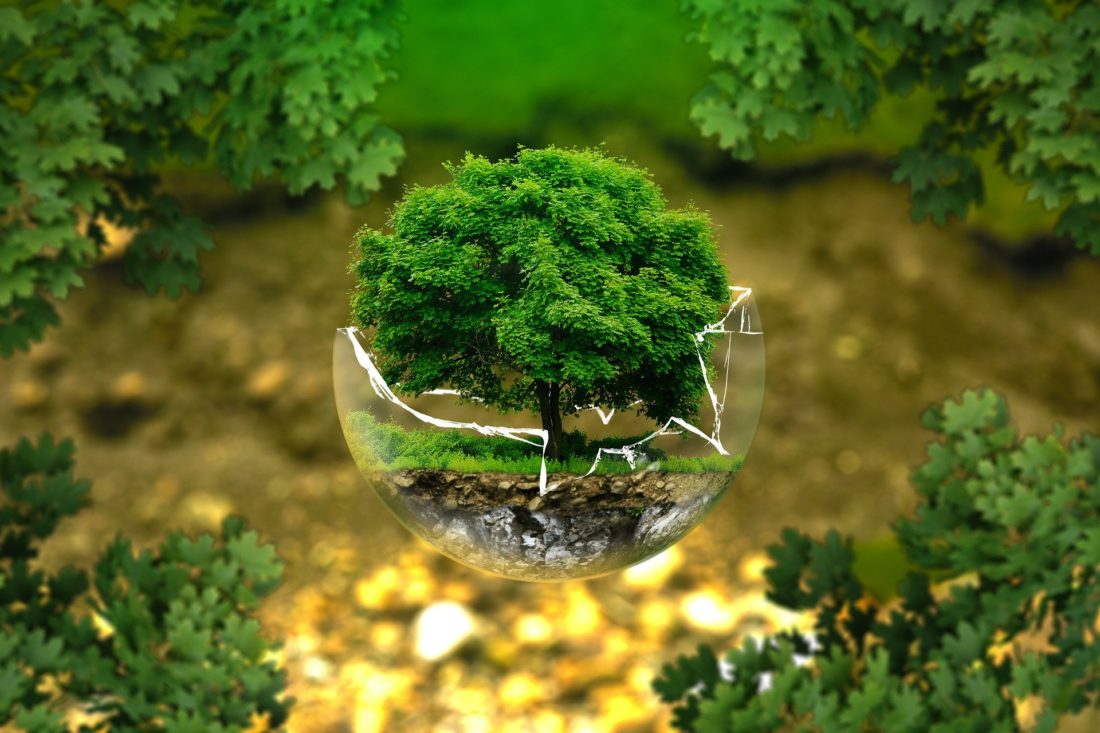 Both on a global and a national level, people everywhere are taking action to reduce greenhouse emissions and finding a solution to the almighty problem our planet is facing. Thanks to the traction that has been gathered by eco activist groups such as Extinction Rebellion and influential figures including 17-year-old Greta Thunberg, we are more aware of the environmental emergency than ever before.

Here in the UK, our total carbon footprint has decreased by around 21 per cent since its peak in 2007. This is certainly exciting progress, however, after the UN’s warning that we only have until 2030 until we are at the point of no return, we need to do a lot more.

Although the crisis is overwhelming, many UK activists and entrepreneurs are taking steps, both big and small, to tackle it. Activism and charity should begin on your own doorstep, and a multitude of inspiring grassroots projects have proved that people of the UK are willing and ready to start making a difference. From community eco-centres to advanced litter picking schemes, projects have been set up throughout the UK in order to help local communities become more eco-friendly. Using the Crowdfunder website, we found out which environmentally inspired initiatives had gathered the most traction in 2019. Here are the top five successful environmental crowdfunding projects, based on the percentage of funds they managed to accumulate:

1. Take #savethebees to the streets — 345% of their target raised

Taking the number one place was this project, which revolves around the hashtag #savethebees. Bees are an irreplaceable part of our ecosystem, pollinating a third of the food we eat and 80 per cent of flowering plants. Loss of habitat, the use of toxic pesticides, and other threats are all contributing to the global decline of bees, and we need solutions quick! This particular project aims to equip people with the ability to save bees every day via a ‘Bee Saviour Card’ (which is around the same size as your average business card). Each card is loaded with sugar solution cells, perfect for rehabilitating fatigued bees whenever you see them. This project is a brilliant example of how small steps can be made by all of us on a daily basis to make big changes.

The second most popular crowdfunding eco-project is this initiative to put a stop to plans to build a golf course on a precious area of natural beauty in East Sutherland. The unspoilt area of wilderness is home to one of the largest colonies of Northern Brown Argus butterfly in the UK as well as a wide range of other insects, plants, and animals that are dependant on this natural area. Clearly, people can see the importance of protecting indigenous plants and animals, and this is a major priority for UK activists.

Preserving and recreating areas of natural beauty in the UK is also central to this next project. The focus this time? Wildflower meadows — a lifeline for pollinating insects and seed-eating birds. According to the Devon Wildlife Trust, “a staggering 97% of flower-rich grasslands have been lost since the 1930s.” In answer to this shocking statistic, this project endeavours to recreate some of this beautiful grassland and create a new home for insects and birds that are dependent on this landscape.

4. We’re building a machine to remove beached plastic — 142% of their target raised

This project takes an innovative approach to litter picking — focussing on the removal of beached plastic. The environmental problem of plastic is a well-documented one. With the UK soon to introduce a full ban of plastic straws, it is clear that plastic is at the centre of the debate, and rightly so, given the danger to indigenous wildlife and sea life. The couple behind this project have invented a machine which removes washed up plastic in a far more effective way than litter picking by hand — and it is set to be a gamechanger.

Air pollution is yet another area that critically needs to be tackled. Again, starting small in your local area is the best approach to this overwhelming problem. Air pollution has become a growing concern for St Paul’s Community Group, and the school has endeavoured to put changes in motion. The initiative aims to protect the children of the school from any dangerous air pollution by installing air filters in the classrooms, creating a Green Wall, and teaching their students about the importance of this issue.

All of these amazing grassroots projects are paving the way for an essential decade of environmental activism. Each one proves that even the smallest efforts can make a huge difference. The inspiring projects encourage others to start small, within local communities and go from there. What do you think you could do to follow in their footsteps?